The latest release includes improvements and new features across the breadth of the Apteco Marketing Suite. The behavioural modelling environment in FastStats, has been further developed, making the analysis of transactional data even more efficient. Analysts can now use FastStats to easily follow the clues in their data to better understand and predict customer behaviour to drive business actions and the latest improvements aim to reduce the need for users to switch in and out of FastStats.

The FastStats Designer / Salesforce integration has been improved making it quicker and easier to build a FastStats system using Salesforce data. The changes make demonstrations and proof of concept presentations more efficient, as system builds can be completed in a matter of minutes. Rebuilds can also be run several times a day, incorporating changes to the data.

Development of the Apteco Orbit platform continues to be a key focus. The calculation speed of dashboards has been improved and the platform now supports German, Dutch and US locales, as well as UK. 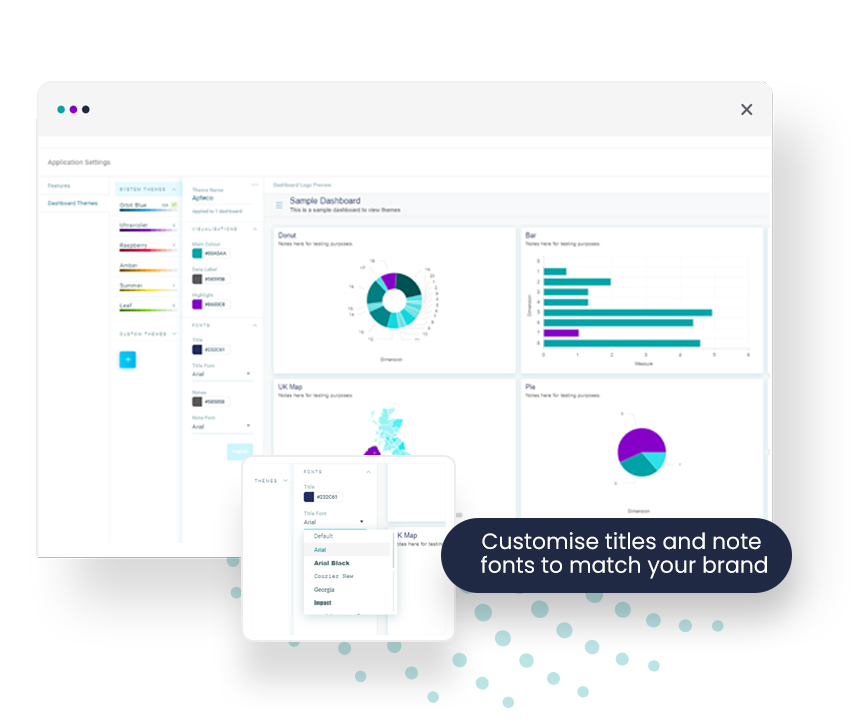 A new feature in the themes editor within dashboards allows Orbit administrators to select a font as part of their Orbit theme, allowing dashboard titles and notes to be changed to match brand guidelines more closely.

Other new features in the Orbit platform include improved dashboard pie and donut chart visualisation colours. Visualisations are now coloured by the measure value in sequence, rather than randomly, to aid understanding; the layout of the dashboard menu has also been modified to add clarity and reduce clutter in the dashboard interface and allows dashboard users to clearly differentiate between their owned dashboards and those that have been shared with them; and in the Orbit audience tool, the audience export grid is now customisable. When exporting an audience, a user can now drag and drop fields in the grid columns to rename and reorder, before the final export is completed.

Apteco partners and customers can login to read the full release notes, including knowledge base articles for the Q3 2020 software release.

Our 2022 finalists announced – Best use of Apteco software award