The top 10 marketing strategy examples so far for 2022

It’s becoming increasingly difficult for brands to capture the attention of their customers and win their business. So, in such a saturated market, how can top brands stand out? Well, the best way of doing this is to create a world-class marketing campaign that generates a real buzz.

From simple email marketing campaigns to worldwide social media strategies that feature one of the world’s biggest pop stars, here are the best marketing strategy examples for 2022 and beyond. 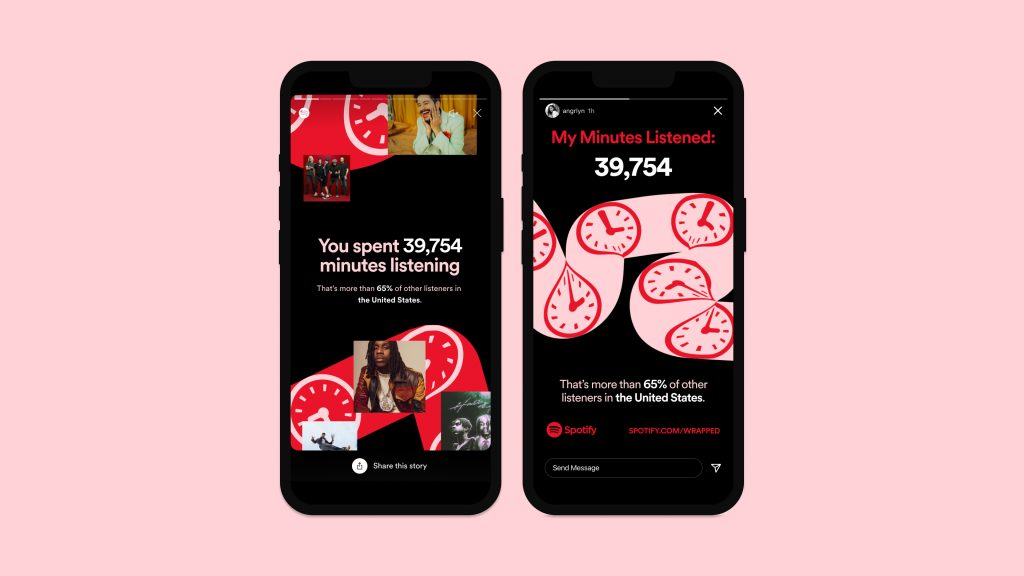 Spotify has a history of launching ground-breaking and effective marketing campaigns. After all, Spotify is the master of effectively using customer data. In the past, the company has created billboards that showcase unique user habits which captured attention around the world.

In 2022, the company launched a new campaign in India. It successfully highlighted how the most boring, annoying, or frustrating situation becomes much easier to tolerate when it’s soundtracked by music on Spotify.

Overall, the campaign included five films in Hindi, Tamil, Telugu, and Kannada that depicted ‘slice of life’ moments. When the campaign began to gain traction, the streaming giant created strategic partnerships with brands like Hotstar, Instagram, Snapchat, Facebook, ShareChat, Moj, and YouTube, to take the campaign deeper into India. It’s fair to say the campaign was hugely successful. Today, there are more than 150,000 playlists created by Spotify users in India every single day.

In truth, Spotify could enter this list every year (and will likely enter it for a 2nd time later this year). Why? Because they’ve created one of the most successful and memorable marketing events of the year.

Every December, social media feeds around the world are flooded with ‘Spotify Wrapped’ posts. By taking listeners’ data, Spotify creates sharable graphs, charts, and infographics about each user’s listening data. In an era where data privacy has become an increasingly important issue to consumers, ‘Spotify Wrapped’ is an excellent example of how brands can leverage data to improve their user experience.

There are three reasons why ‘Spotify Wrapped’ is such a great success. Firstly, the visuals are stunning and the user experience is presented brilliantly. Secondly, it provides social value. It allows users to show how unique they are and find other people who have similar tastes to them. Finally, the campaign is incredibly shareable. Every slide exports seamlessly to every social media platform.

To solve this problem, American luxury department store chain Nordstrom has started to employ an assertive retargeting strategy based on event responses. The result of this is that each customer is presented with a series of reminders that make it very difficult for them to forget about a potential purchase they left behind.

Such an intelligent form of retargeting has allowed Nordstrom to target each customer individually and maximise the likelihood that each customer will convert, even if it does take several prompts.

Adventurers and athletes alike love GoPro cameras. Due to this, GoPros are often used for weird and wonderful stunts that have to be seen to be believed.

To capitalise on this, GoPro has made it simple for their customers to create and share branded videos that have been shot using their cameras.

GoPro’s video editing program automatically appends the company’s logo and branding elements to each clip. Then, GoPro shares this user-generated content on their social accounts. This has a snowball effect and influences other GoPro users to also create branded videos.

However, GoPro’s marketing efforts don’t stop there. After all, the company has its own ‘GoPro Awards’, where the owners of the best content are rewarded with gear and cash prizes.

Originally started in 2016, the ‘GoPro Awards’ show how a strong idea that’s executed effectively can be highly effective. In 2022, the awards are bigger than ever. Over 1 million pieces of content have been submitted, and now daily and weekly prizes are available. 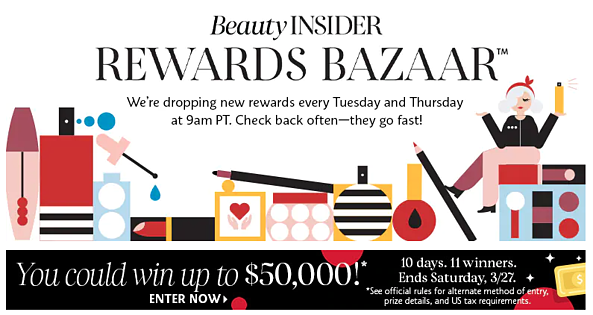 Sephora’s marketing team has been dominating the headlines in recent years. However, although the brand has created several successful event-based marketing campaigns (particularly around Pride Month), the company’s loyalty scheme is perhaps their best work.

The brand’s well-designed and highly effective ‘Beauty Insider’ loyalty program divides customers into three categories. This is determined by their annual spending level:

Originally launched way back in 2007, Sephora’s loyalty program has grown rapidly. It’s now also radically different from the simple loyalty-based scheme it was back then. It has been continually updated and revolutionised, and now features an app, increased benefits, and more ways of connecting with customers.

In 2022, it incentivises customers in two ways. Firstly, as the rewards at the highest levels are so strong, they incentivise customers to spend more. In addition to this, both VIB and VIB Rouge members receive high-quality, extra discounts compared to Beauty Insider and non-members. This then acts as a secondary incentive and further boosts loyalty. 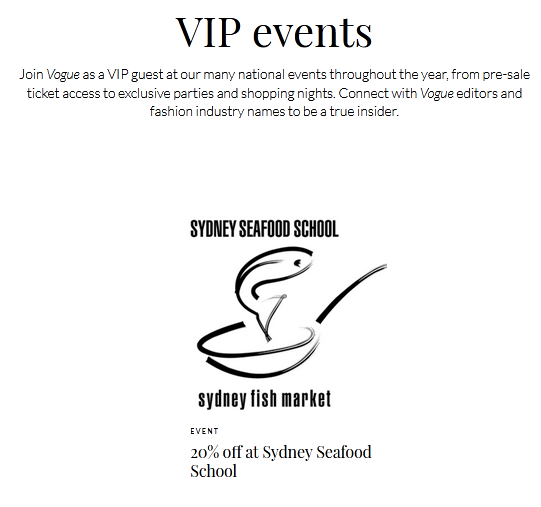 Speaking of world-beating loyalty programs, Vogue Australia’s ‘Vogue VIP’ scheme is a great example of how to reward loyal customers with fantastic perks. It’s also been recently updated for 2022 and beyond, so the perks are even better.

Once a customer has signed up for the scheme, they can benefit from doorstep delivery, premium content, limited time offers, VIP event invites, and a free subscription to Vogue’s e-magazine.

Vogue Australia’s campaign may not be revolutionary, but it’s executed to perfection. Although a number of brands now have a customer loyalty system in place, many fail to publicise them and monitor their effectiveness. Thankfully, Vogue Australia has avoided these pitfalls. The brand has demonstrated their commitment to the campaign by building a dedicated website that tracks how well each customer is responding to the initiative. 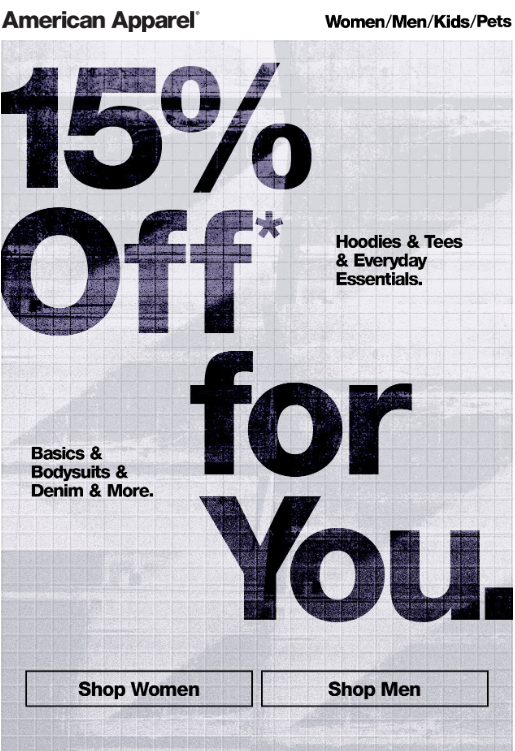 Welcome emails are great for boosting customer loyalty. As a result, they’re a popular and effective form of email marketing.

A great example of how these emails can look comes from American Apparel. True to the brand, the retailer opts to send a clean-cut email to its new customers that only focuses on two things: the product and the discount. The email doesn’t include flashy graphics, clever wordplay, or overbearing images. Instead, the points the customer needs to know are presented clearly and easily.

Simple and effective, this is a fantastic example of an email marketing campaign that any brand can look to implement. Plus, it’s budget friendly and requires limited design time and expertise. 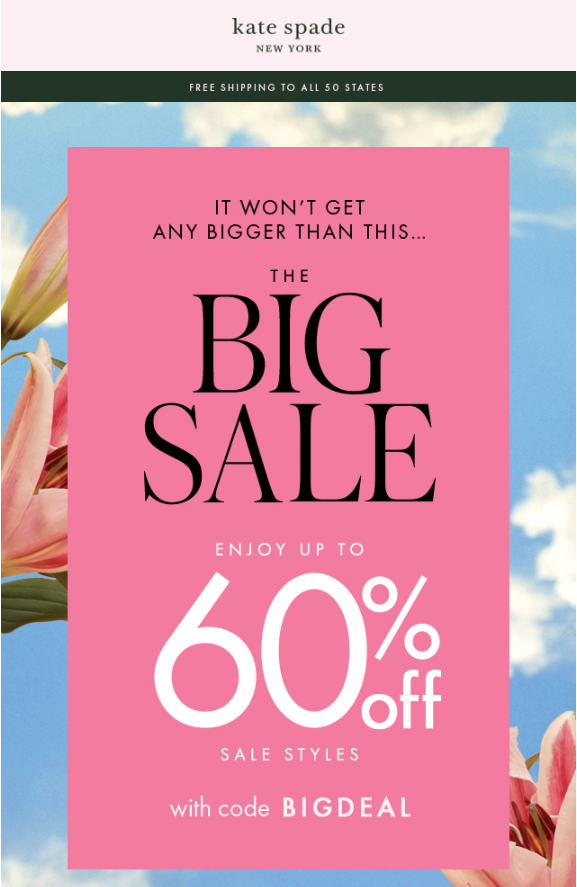 In today’s market, customers are always looking for the best price. For this reason, many customers will wait and see how low prices go before they commit to making a purchase. After all, it’s not uncommon for many brands to announce a 10% site-wide sale and then reduce some prices by a further 10% only a couple of weeks later.

To counteract this, Kate Spade created its ‘It won’t get any bigger than this’ email marketing campaign to promote a sale. By invoking a fear of missing out in the copy and by highlighting the fact that savings wouldn’t get better, Kate Spade created a sense of urgency. 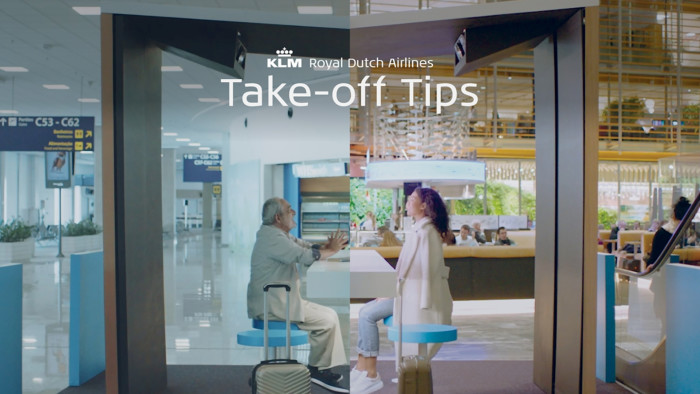 To do so, KLM built booths in airports around the world. When a customer stepped into the booth, they were then connected with a fellow traveller who was projected onto a hologram fabric. The idea was that the two travellers could connect and exchange tips and recommendations about the destinations they were travelling to.

To promote the campaign even further, KLM then created a short film that showcased the conversations passengers enjoyed with each other. 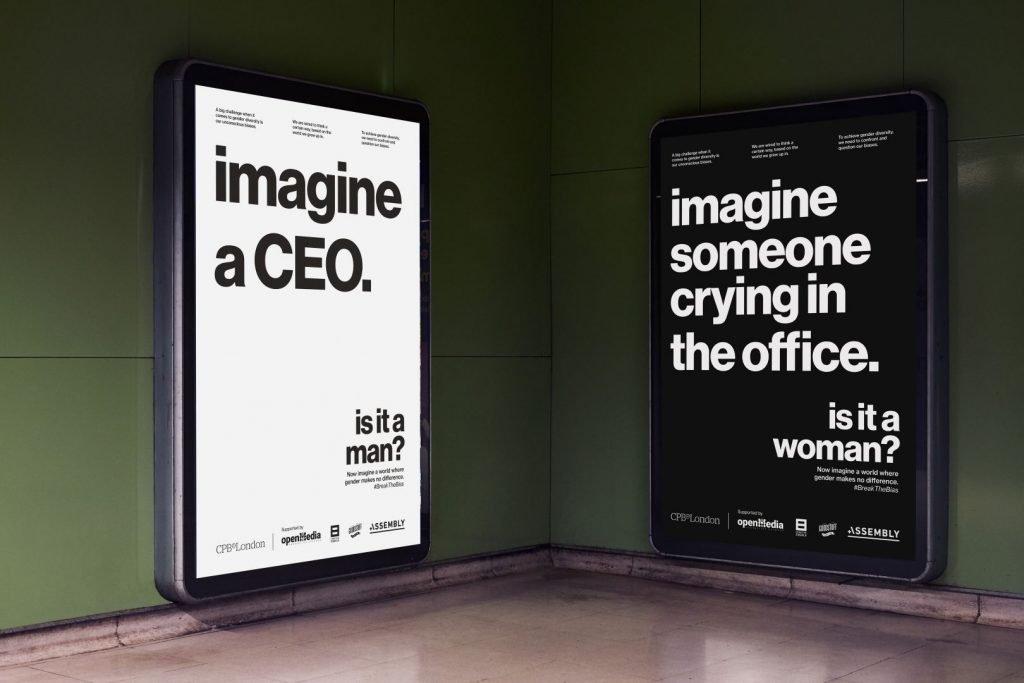 CPB London’s 2022 campaign is a great example of how traditional billboards are still effective marketing tools.

In 2022, the theme for International Women’s Day was ‘Break the Bias’, and CPB London did just that with an innovative campaign.

After the company found that 39% of primary school kids around the UK “still think that mummies should look after babies and do all the housework while daddies should go to work”, it wanted to generate a conversation around gender roles in society.

Underneath this text, they added a question designed to challenge instant bias, such as ‘is it a man?’, and ‘is it a woman?’.

The campaign was also launched with a children’s colouring book, which prompted additional conversations around gender roles. 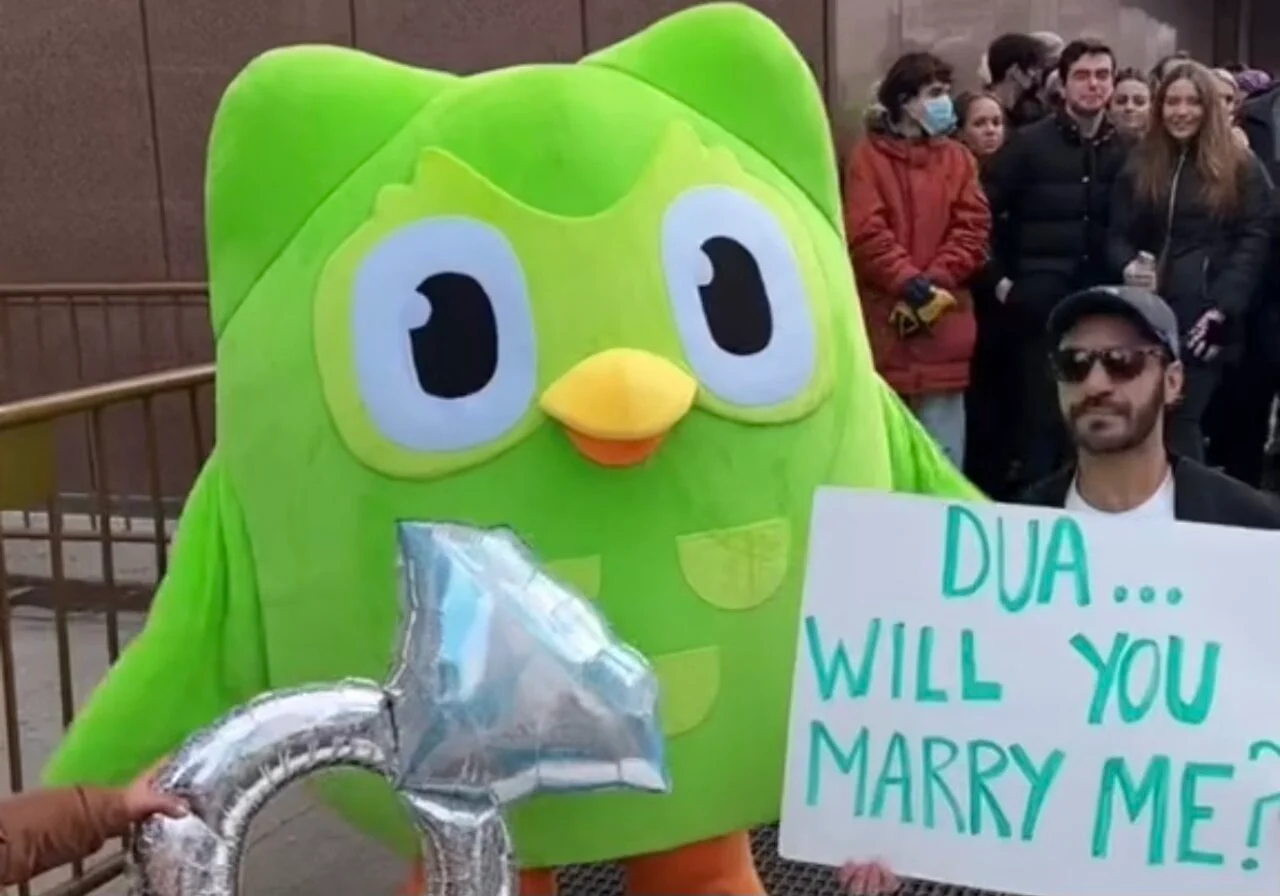 Our last campaign is something a little bit different that shows just how weird and wonderful the world of marketing and customer engagement can be.

At face value, it’s hard to see how Duolingo’s green owl mascot and popstar Dua Lipa could combine to create viral content. However, the brand’s off-the-wall approach to social media has led to impressive growth.

In September 2021, Duolingo’s TikTok had 50,000 followers. Within six months, this number had grown to 2.9 million. The brand’s videos now have more than 55 million likes, too.

So, how does it work? Well, the premise is simple. Duo the owl is infatuated with Dua Lipa. It has been filmed holding hands with a lifesize cut-out of her and flying to New York with an engagement ring balloon – only to be rejected.

Of course, Duolingo’s campaign doesn’t really relate to learning new languages at all. But, successful content marketing doesn’t necessarily need to promote a product or service. At times, it can be just as valuable to stimulate interest in a product, service, or brand. This is exactly what Duolingo is doing so successfully.

See how Apteco can assist with your marketing strategy

Feeling inspired and ready to take your marketing campaigns to the next level? Here at Apteco, we can help.

We can help you understand your customers better than ever before. This is because our best-in-breed software enables you to ensure that every piece of marketing is relevant, targeted, and personal.

Whether you’re hoping to personalise your email marketing campaign, build an audience for a new campaign, or looking for a solution that can help with campaign automation, we can help.

To discover more about how our powerful software can help you understand and analyse data, target your customers, and boost the ROI of your campaigns, book a demo today.

Olivia joined the Apteco team in 2022 to boost the Apteco brand, improve the Search Engine Optimisation, create engaging content to push the Apteco platforms as well as sponsored advertisements. Olivia is CIM qualified and has seven years of marketing experience working in a variety of sectors.