A Quick Test for Dodgy Numbers

We know our numbers

Apteco was first established in 1987 as a database consultancy. We soon started working on massive databases and our FastStats range of data analysis and campaign automation software was born.

We’ve a dedicated team of developers, support consultants and project managers - all of which are highly talented individuals, and all of which are really rather good with numbers and data. Perhaps none more so than Rob Downs.

As one of our founding directors and director of technology, Rob leads the R&D of the data analysis server at the heart of our FastStats software and is team leader of the R&D group. When he isn’t deep diving into big data he enjoys running long distances over mountains.

In this blog Rob shows his love of math and introduces us to “naturally occurring” numbers and how these can be used within FastStats as a method of highlighting made-up or fraudulent figures.

"Naturally occurring" numbers usually have a non-uniform distribution of the first digit with the lower digits being relatively more common i.e. more 1's than 2's, more 2's than 3's etc.

When first heard that seems a strange idea. But it is sort of obvious when you think of prices in the supermarket or house numbers on streets. Trying running that one through your head as you're walking home.

This observation is known as Benford’s Law see here for an explanation.

Obviously it doesn't apply to random numbers or structured numbers like SIC codes or telephone numbers which have their own special distributions.

It is easy enough to test the numbers in any FastStats variable. I’ve used an expression to pick out the first digit. The first digit frequencies are then analysed in a cube and the distribution is dragged onto a Charting window to visualise. 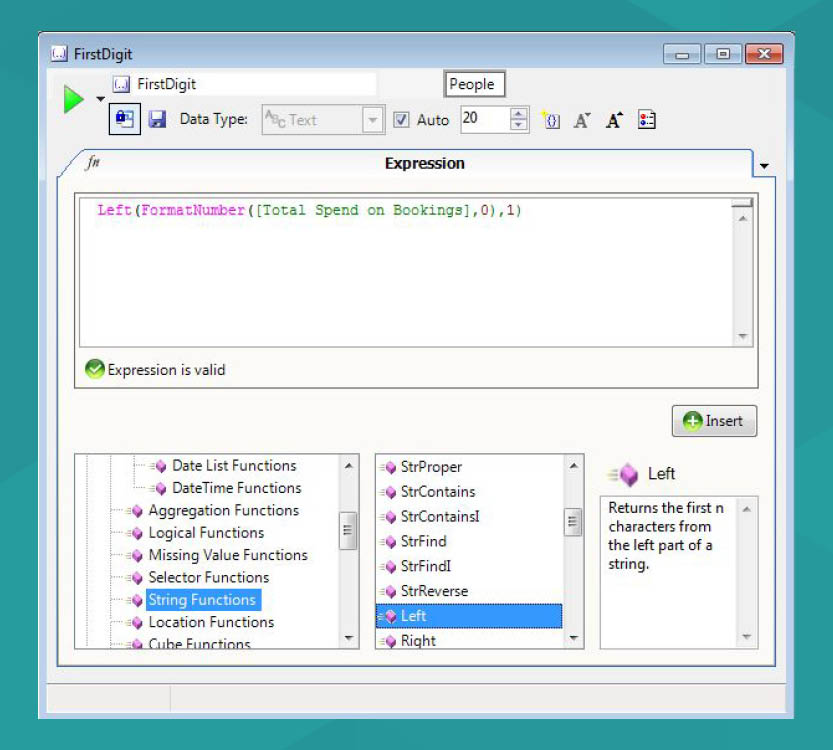 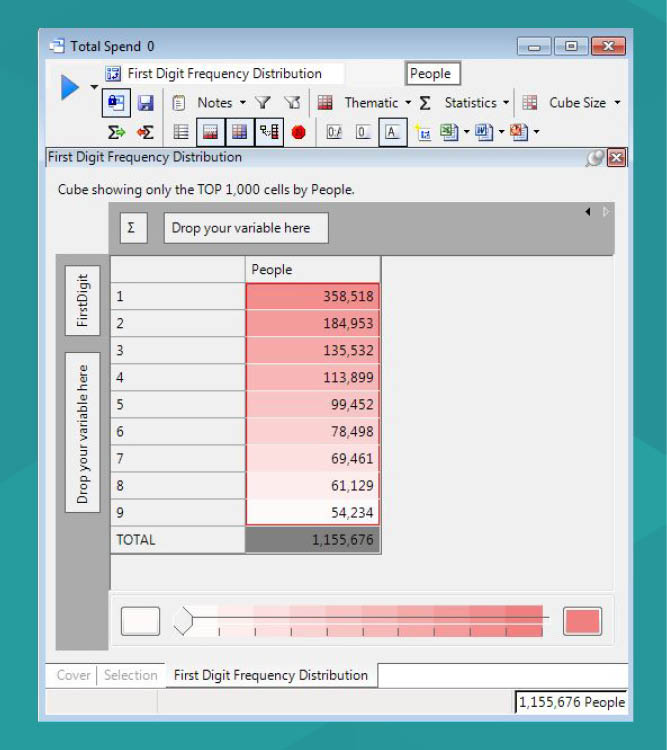 Benford’s Law is used as a method of detecting accounting fraud.If you're just making up the numbers then you won't easily get this distribution. The effect was even used as "evidence" against the Greek government's suspect accounts by the EU auditors.

Further reading suggests that it is quite possible (although relatively rare) to have naturally occurring sets of numbers that don't follow Benford's Law. So in fact it isn’t a “law” at all. However, used carefully it is a useful fraud flag: a quick test for dodgy numbers.

Discover what the big trends in data-driven marketing will be in 2017, download The Omni-Channel Data Trend Report 2017 now.